Covid-19 Variants in US: Delta Variant

There's a variant of concern currently spreading across the United States called the Delta Variant. Its presence was initially reported in India late last year.

It won't cause a sharp rise in infections as the vaccines currently being distributed to US citizens are effective against it, albeit at a lower efficacy rate than the prevailing variants currently spreading in the country.

What makes it even more dangerous is that its higher transmissibility rate can greatly affect the hospitalization in states and regions lagging in vaccination rates.

The vaccine rollout is currently underway, with Pfizer-BioNTech, Moderna, and Johnson and Johnson's as the three major pharmaceutical brands being used in the United States. Novavax, on the other hand, is on the brink of getting FDA approval.

As of June 13, the United States has given at least one of two doses to 53% of the population. Fully vaccinated individuals, on the other hand, remain low at 43.8%. These are still way below the 70% target to achieve herd immunity. 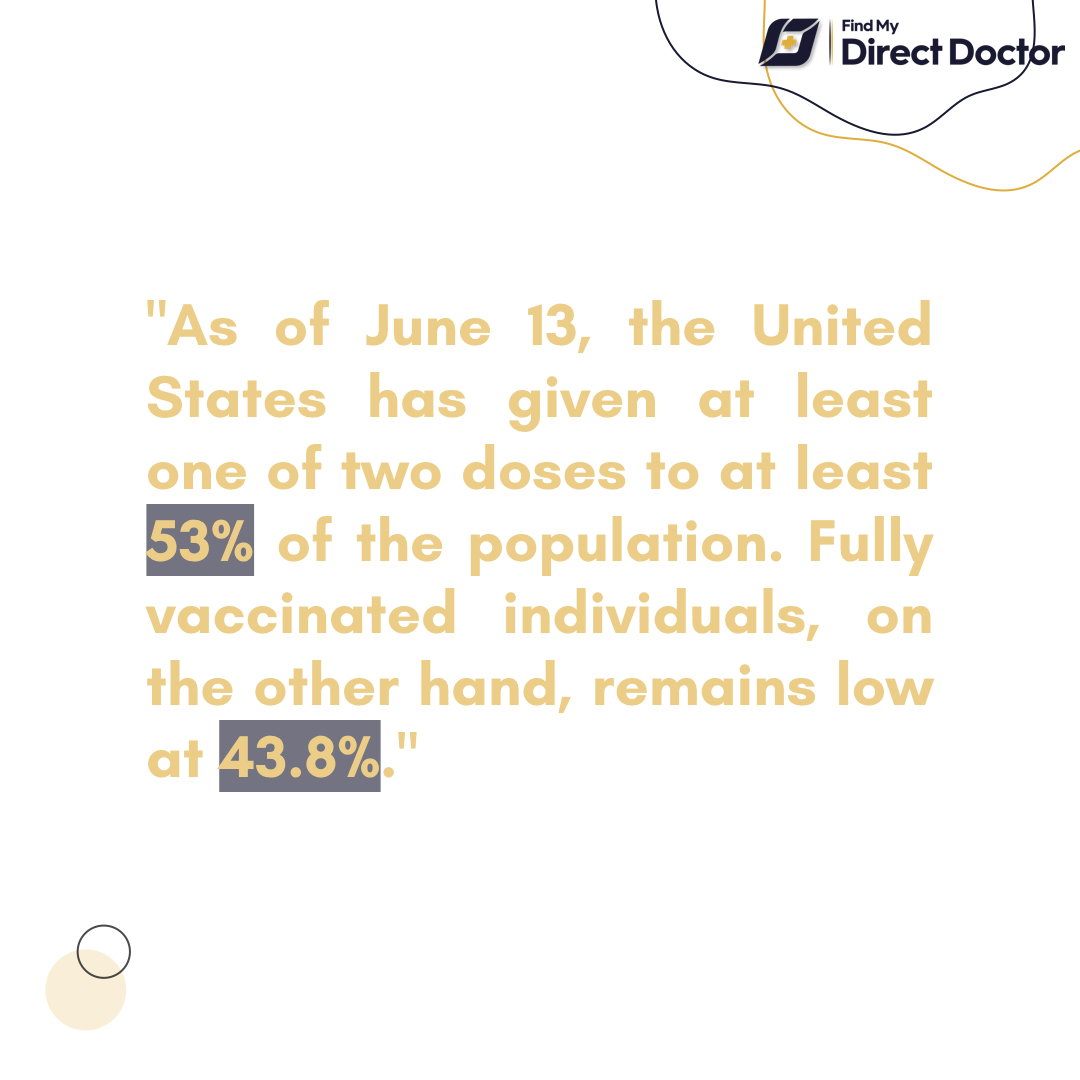 To help educate the public on the differences between vaccines, the Center for Disease Control and Prevention shares this interesting information and guidelines.

Viral vector vaccines are the more traditional vaccine types. The process includes introducing a vector virus that carries a viral genetic sequence code of COVID-19 into the body's cells. Once the vector reaches the cells, it triggers them to produce spike proteins or harmless pieces of SARS-CoV-2, which it would then express on its surface.

This, however, would not cause COVID-19 as it does not produce the whole virus. Instead, it merely alerts the body's immune system about the virus so it can produce the antibodies needed to fight it off.

Once the immune system is tuned to recognizing the spike proteins, it can immediately detect and disable SARS-CoV-2 before it even gets to the cells. This helps immensely in the body's immune response if the virus enters the body for real through exposure.

Currently, Johnson and Johnson's is the only viral vector vaccine option available in the United States.

The mRNA vaccine is a new vaccine development approach that gained more widespread use because of the COVID-19 pandemic. Instead of viral genetic code, this new approach requires mRNA to be introduced to the cells in the body.

Pfizer-BioNTech and Moderna are the only two mRNA-based vaccines in use in the United States.

Other vaccines are currently on clinical trials or already in the planning stage of applying for emergency use authorization. A notable one is Novavax which makes it on track to become the fourth vaccine option for Americans.

What Are Others Reading

Why Employers Should Consider Concierge Medicine For Employees?

What Are the Benefits of Concierge Medicine?

How Does Direct Primary Care Work?

Find a Concierge Doctor near me
Find a Direct Primary Care Doctor near me
By clicking “Accept”, you agree to the storing of cookies on your device to enhance site navigation, analyze site usage, and assist in our marketing efforts, pursuant to our Privacy Policy. Additionally, by utilizing this website, you are agreeing to the entirety of the Terms of Service, as relevant.